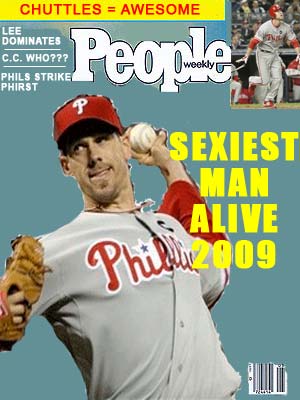 Utley’s two homers off Sabathia last night were pretty hot, but Cliff Lee stole the show.  A complete game (with 10 Ks and no walks), no earned runs for Lee, and a couple seriously amazing defensive plays…yeah, October magic is in the air, and Lee is at the center of it.

Now, I know it’s just one game, so I’m not gonna get too excited yet.  But the last 6 teams who have won the Fall Classic have also won that uber-important first game in the series.  It was also important to beat the Yankees in game 1 in their ballpark, against their ace pitcher.  It showed the Yankees and their fans/the media that have been looking down on the Phillies that this team is serious about winning.  Again.